Included below are homes for sale in Murfreesboro. If you would like more information on any of these Murfreesboro homes for sale, just click the "Request More Information" button when viewing the details of that property. We can provide you with disclosures, past sales history, dates and prices of homes recently sold nearby, and more.

And, if you haven't already, be sure to register for a free account so that you can receive email alerts whenever new Murfreesboro homes for sale come on the market.

Murfreesboro is the largest city and the county seat of Rutherford County.  The area is located south east of Nashville and is approximately 35 miles from downtown Nashville.  Murfreesboro is Tennessee’s fastest growing city and is among the fastest in the nation.

MTSU is known for its value to students and the citizens of Tennessee.  They help more students graduate with fewer tax dollars than any other public university in the state.  Today, the university attracts students from across the country for their world class recording industry, horse science, aerospace and concrete management programs.

If you enjoy history, Stones River National Battlefield is a great place to visit.  The Battle of Stones River (aka Battle of Murfreesboro) was fought just north of downtown on December 31, 1862, on the eve of the effective date of the Emancipation Proclamation.   Stones River was one of the bloodiest battles of the Civil War with over 23,000 casualties.

The Union was reeling from the lack of progress and the terrible defeat at Fredericksburg.  The battle was both politically and strategically important for the Union.  The country needed a boost to morale and it allowed a supply route to the south towards Chattanooga and Atlanta.

The Oaklands Historic House was an Italianate Mansion built in Murfreesboro in the early 1800’s and finished in 1860.  The Union surrendered the town on Murfreesboro at the Oaklands mansion on July 13, 1862.  Jefferson Davis who stayed here visiting troops in December of 1862 was the most notable guest at the home.

Located close to downtown Murfreesboro the center started in 1986 as a Children’s Museum.  Since that time the Discover Center has grown into a 20 acre site with a hands-on museum, nature center and wetlands boardwalk.

Built on the grounds of the former Murfreesboro Water and Sewer Plant, the Discovery Center was the ideal partner to revitalize and restore the area.  With the help of the city, decades of environmental damage has been reversed for the wetlands surrounding the center and the greenway. 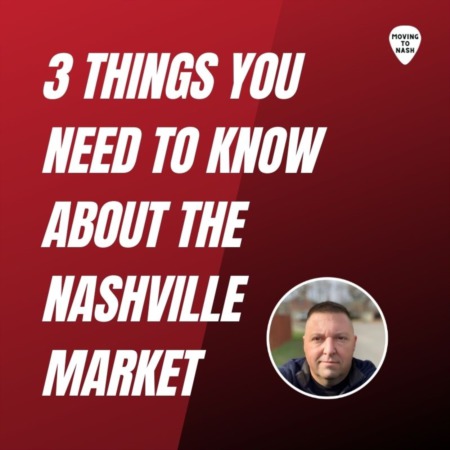 Deals
When is the best time to sell your Nashville Home?
BY Steve Jolly
View All Blog Posts