Why do you care what they think? 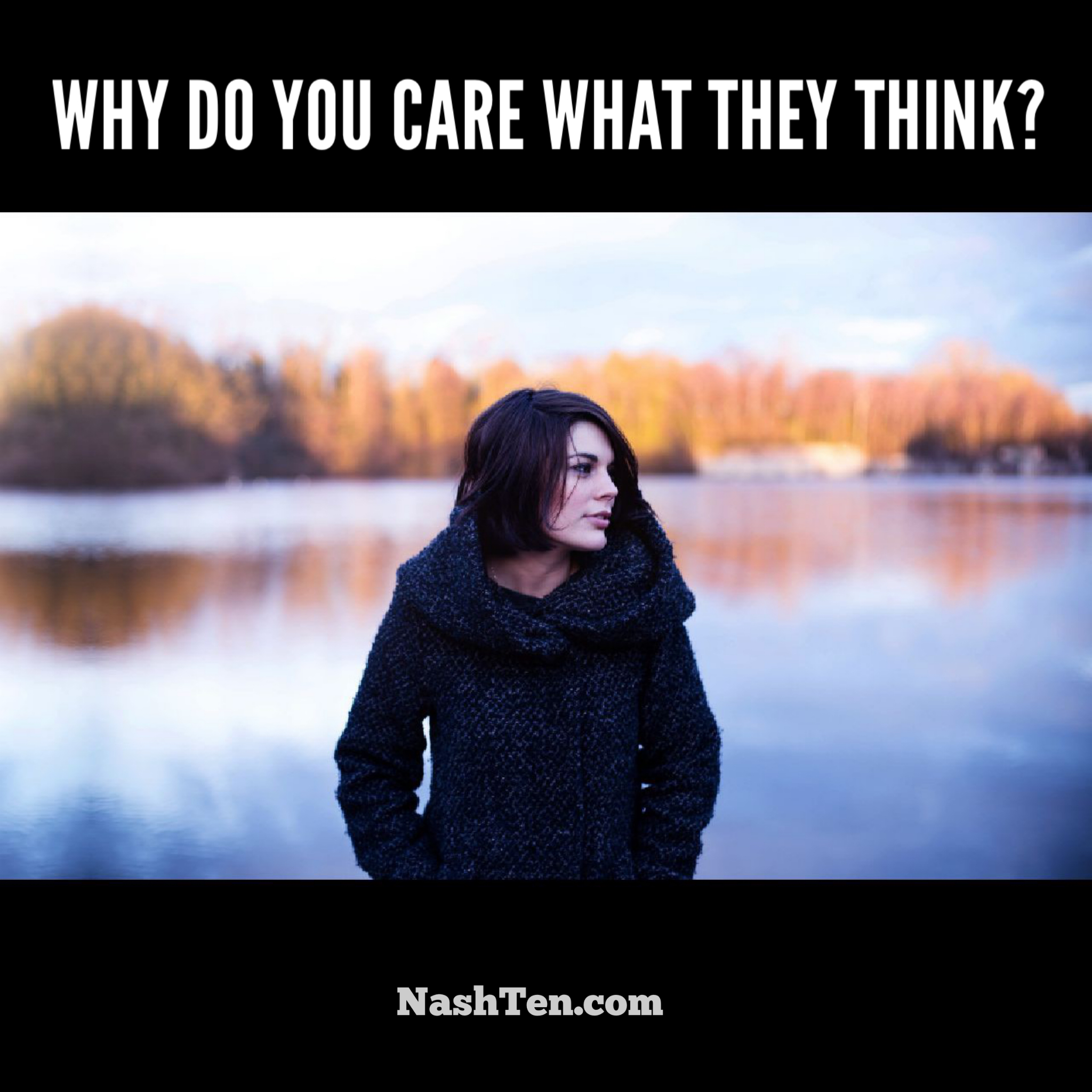 Marcus Aurelius, the last good Emperor, had every reason to care what others thought about him.

As the Roman ruler, he was in control of a vast empire that stretched across the known world. And it came with absolute control over everyone in his kingdom. The kind of authority that absolutely corrupts most people.

Yet, he lived his life for others.

One of his first acts as leader was to elevate his adopted brother to co-emperor. Then he set out to change the empire. Marcus created programs to help the poor and gave more pay and honor to the military. He encouraged free speech, arts, education and boosted the economy.

The Emperor quickly became popular throughout the kingdom. Though, he didn’t do this for praise and glory. And, he didn’t do it because his advisors suggested these actions to hang onto power.

He did it because it was the right thing to do.

One time, his adopted brother threw an extravagant party for all of his A-list friends. He gave out gifts of gilded bowls, gems, golden vases, and carriages with silver harnesses. The dinner party has been estimated to cost $60 million in today’s dollars.

When Marcus heard about the party, he groaned and wept for the fate of the world. It was against everything that he believed to spend a king’s ransom to impress your friends.

Here is what he thought about the opinions of others.

“We all love ourselves more than other people, but care more about their opinion than our own.”

This quote helped me understand the concept like no other.

I would argue that if Marcus had listened to his advisors, he would have acted much the same as his adopted brother.

Yet one thing kept him from falling into that trap, his principles.

While I have no desire for the kind of power the Emperor had, I am in total agreement about sticking to your principles. As that has kept me (and my clients) out of hot water more times than I can count. And probably more than I deserve.

Here’s what Machiavelli said about the Emperor, “His good example has such an influence that the good men strive to imitate him, and the wicked are ashamed to lead a life so contrary to his example.”

If you prefer to work with people who are principle-based and will not drift wherever the winds take them, then let’s talk. I am here to help you.