This is what the last 3 recessions tell us about Nashville 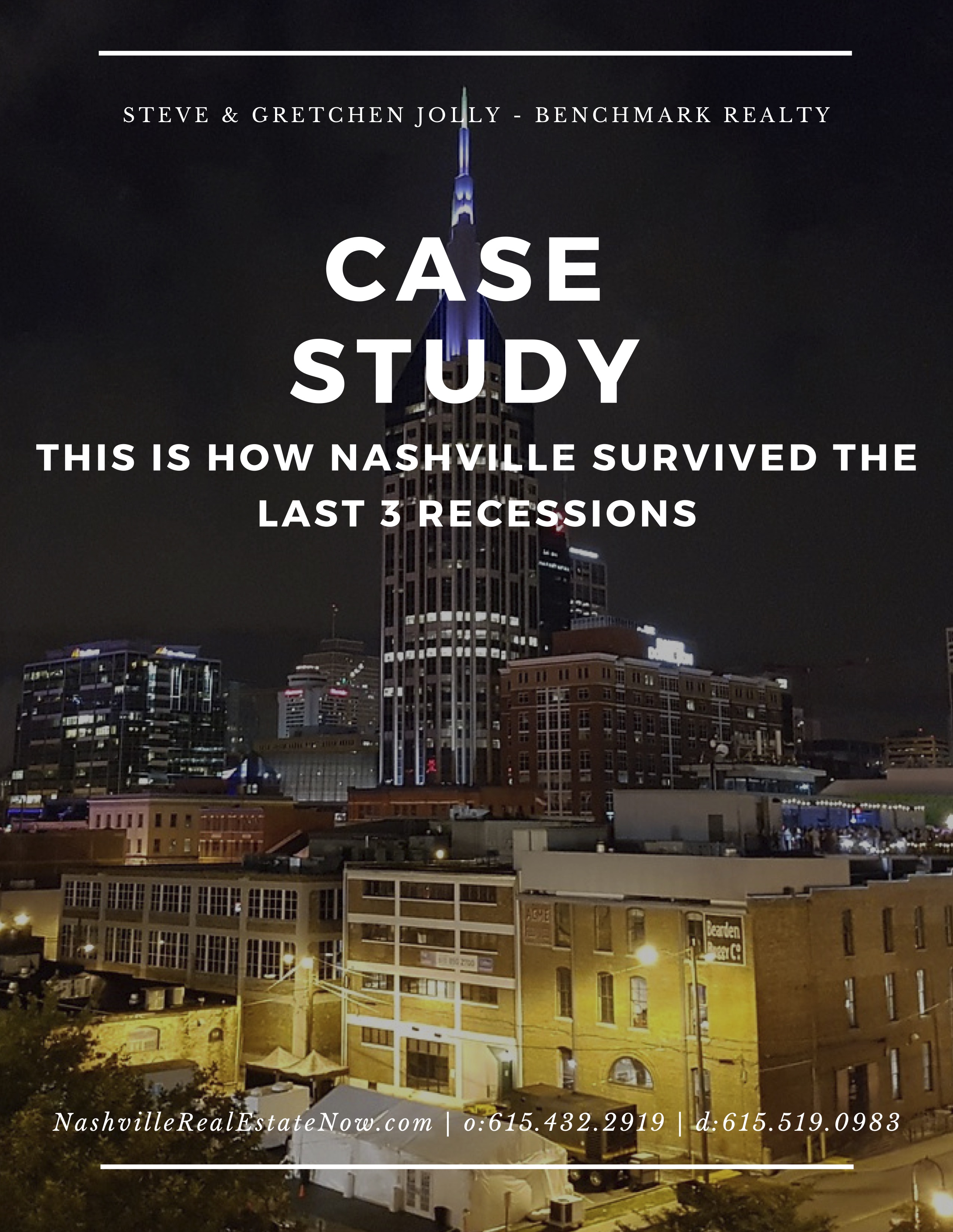 I often refer to it as the Mortgage Crisis, because that was the impetus of our downfall and part of the delay in the rebound.

The banks went from selling mortgages to everyone, to shutting down the supply of financing overnight. Since the housing market is 20% of our Nation’s GDP, it was a huge hit to the economy.

Here’s what happened in Nashville.

Over that same time period, the number of home sales dropped in half, mostly due to limited lending.  It was like watching a train wreck in slow motion, it took two years to hit bottom and then four more years to fully recover in price.

The truth is we were very fortunate that Nashville’s vibrant economy kept us in a much better position than the rest of the country which averaged a 33% drop in value.

Some places have never fully recovered.

Most economists do not expect anything like the last recession because one-fifth of our economy isn’t backed by junk mortgages and credit default swaps.

They expect it to be more similar to the traditional recession.

That one sounds more like a bump in the road than a crisis.

In 1990, we experienced a recession due to the rising price of oil, Operation Desert Storm, and a weak Fed policy.

Information on Nashville median home prices is not available for this time period. However, I was able to check home sales which increased 4% during the 1990 recession.  I would expect that the effect on prices would have been similar.

I’m saying all this as a cautionary tale for those who are waiting on the next recession to jump in.

I understand what you are feeling, but the numbers don’t add up. It’s possible that Nashville escapes the brunt of the next recession too.  And that our prices continue to improve.

With rates near all-time lows again, there might not be a better time to buy than now.

Whether you agree with me or not, send a message and let me know your thoughts on Nashville.

To get a pdf version of this report: http://bit.ly/NashTN3