Nashville Beats the Winter Blues with Art and Music

A winter blast has arrived this morning and, for most of us, this ice storm has sequestered us in our homes.  I gathered my elderly Mother up and brought her to my home last night so she would not have to weather this storm alone.  I anticipated writing something uplifting about spring coming, but that is not an easy task as I sit here in front of my computer which has a beautiful picture window – one of my pictures to the world – for me to gaze through as I write.  My view is of falling ice, sleet and rain which has now covered every surface – roads, trees, cars, driveways, grass.  I keep waiting for this to turn to the promised inches of snow – at least we can have the beauty of the big, wet falling fairy flakes, but no sign of them yet.  The temperatures are going to remain in the single digits during the night and below freezing during the days for the next few days, so I am not certain when travel will be safe.  There is an icy beauty to this scene I see and, for today, I will marvel in this crystal palace as I watch the branches of the trees get so heavy they almost touch the ground.  We have already had one big limb crack and break under the weight of the ice in our back yard.  I am just praying we don’t lose power and I am praying that all our brothers and sisters who live on the streets have found warm, dry and hospitable places to ride this out and that those who were required to go to work will get home safe and sound.

I will remind you now (and I will most likely remind you later), that we set our clocks forward on Sunday morning, March 8, at 2am finally extending our end of the day light.  And the official first day of Spring – the Spring Vernal Equinox – is on Friday, March 20th.   Spring is on the way, folks, regardless of what it looks like today.

One sign of spring is the 26th Anniversary of The Nashville Lawn and Garden Show which runs from March 5th through March 8th at the Tennessee State Fair Grounds.  This year’s theme is Gardens of Eden.  Participating garden companies will be tasked with creating a garden paradise with a mixture of flowering plants, fruits and vegetables – much like we might imagine the first Garden of Eden looked and felt like.

A new exhibit will begin on March 1st at the Country Music Hall of Fame that sounds like a “don’t miss” exhibit, titled “Dylan, Cash and The Nashville Cats”.  This exhibit focuses on the recording scene in Nashville in the late 1960’s and 1970’s.  Notables from the counterculture such as Bob Dylan, Joan Baez, the Byrds, Leonard Cohen, Neil Young, the Nitty Gritty Dirt Band, Tracey Nelson, Ringo Starr and Paul McCartney worked with Johnny Cash and other leading Nashville musicians to create a new Nashville sound.

The Tennessee Performing Arts Center, in its series TPAC presents, has a diverse line up to offer from March through May.   Here are your March choices:   On Friday March, 6 Gladys Knight performs for one night only in Andrew Jackson Hall singing all our favorites.  Wednesday March 18th, Eva Peron’s story is told through a dance presentation by Tango Buenos Aires in James K. Polk Theater.  Seasoned chef, Robert Irvine, showcases his show – Restaurant Impossible – in a live stage show presented on Thursday, March 26 in Andrew Jackson Hall.  This will be an interactive, audience participation show.  For your comic relief – Peter Storey presents his one man fusion of theatre and comedy in his performance of “Men are from Venus – Women from Mars – LIVE!” in the James K. Polk Theater on March 27th and 28th.  And for you kidz of all ages – on May 16, gather up all the young ‘uns and make your way to the James K. Polk theater for KidzBop – the #1 music brand for kids in the US as they present their new tour, “Make Some Noise”!  Oh darn, I think I have to work that dayJ

And now, for your listening pleasure, here is a list of some of the concerts happening around town in March:

Please remember to keep your pets in and dry this week.  My cat, who loves to be outside, is content to remain warm and cozy on my bed.  She is not fond of the white stuff.  Also, put some bird seed and fresh water out frequently for our fine feathered friends.

See you after the thaw! 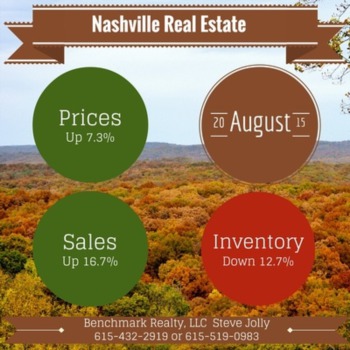