Is Nashville the new model for affordable housing? 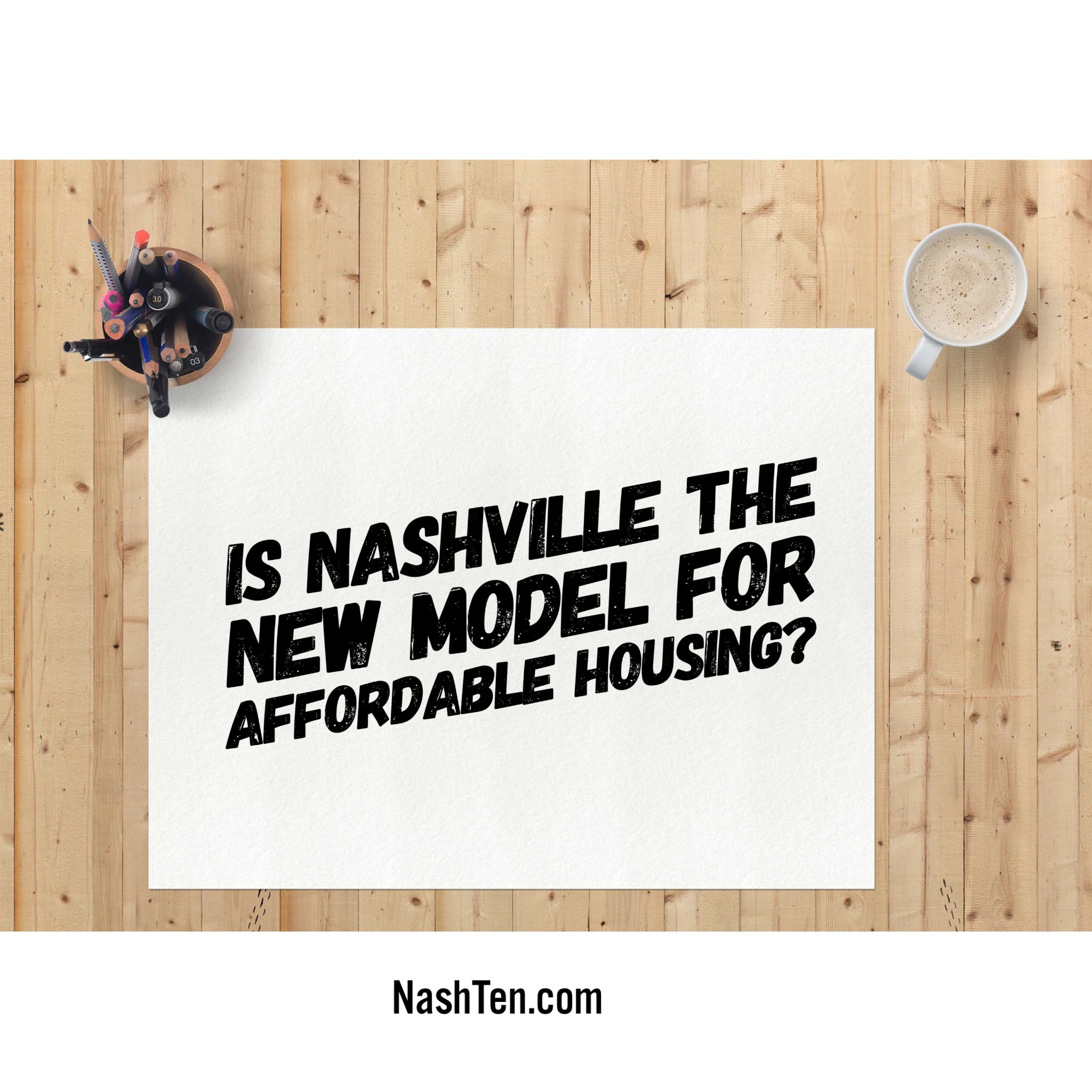 In another win for private/public partnerships for Affordable Housing in Nashville, LDG Development cut the ribbon yesterday on their latest project, The Paddock at Grandview.

This new development is located on West Trinity Lane, just across the river from Metro Center and north of the new TopGolf location.

Once finished, this site will feature 240 units, clubhouse, pool and more.  Currently, there are 120 units occupied and the rest will be completed near the end of the year.
The two and three bedroom units rent for $800 - $900 per month and are designed for residents who earn up to 60% of the median income for this area, around $41,000 per year for a family of four.

At the groundbreaking ceremony in June 2016, Mayor Barry said, “The Paddock at Grandview reflects this city’s commitment and momentum in providing a variety of affordable and high-quality housing options for Nashville families. It is also an example of what can result when the private and public sectors work together to find solutions that address the needs of our community.”

The funding mechanism for The Paddock at Grandview came from another initiative through the Metro Development and Housing Agency [MDHA] called PILOT or payments in lieu of taxes.

This was the first development built under the new program and will not be the last.

LDG Development is currently applying for funds under the same program for a new location near Madison at 3711 Dickerson Pike called Buffalo Trail Apartments.

In the past, the city put too much focus on a “private-only” or “public-only” solution, and the results were underwhelming.

Things started to change in Nashville in 2013 when then Council Member At-Large Barry co-sponsored legislation to start the Barnes Fund.  The fund partners with local developers to provide funding for non-profit housing development.

I am a huge proponent of public-private partnerships when it comes to affordable housing because that is what works best for the good people of Nashville.

The public organizations have not been effective at doing it themselves and have been riddled with problems for years.

Then, when the legislature attempted to shift the burden to private housing developers, they discovered that builders would move their operations to places where they could operate more efficiently.

The combined structure using the experience and skill of the private sector and the incentives from the public sector is the most effective plan to date.

Construction on the Buffalo Trail Apartments is expected to be started in mid-2018 with completion at the end of 2019.

And, not a minute too early.

What’s your take on Affordable Housing in Nashville?  What would you like to see accomplished?

The Daily Deal in Nashville is this brick ranch home in Hermitage that has a separate living area in the basement and needs some updating.  This home is listed for less than $230,000.