Here's why John turned down an offer worth millions 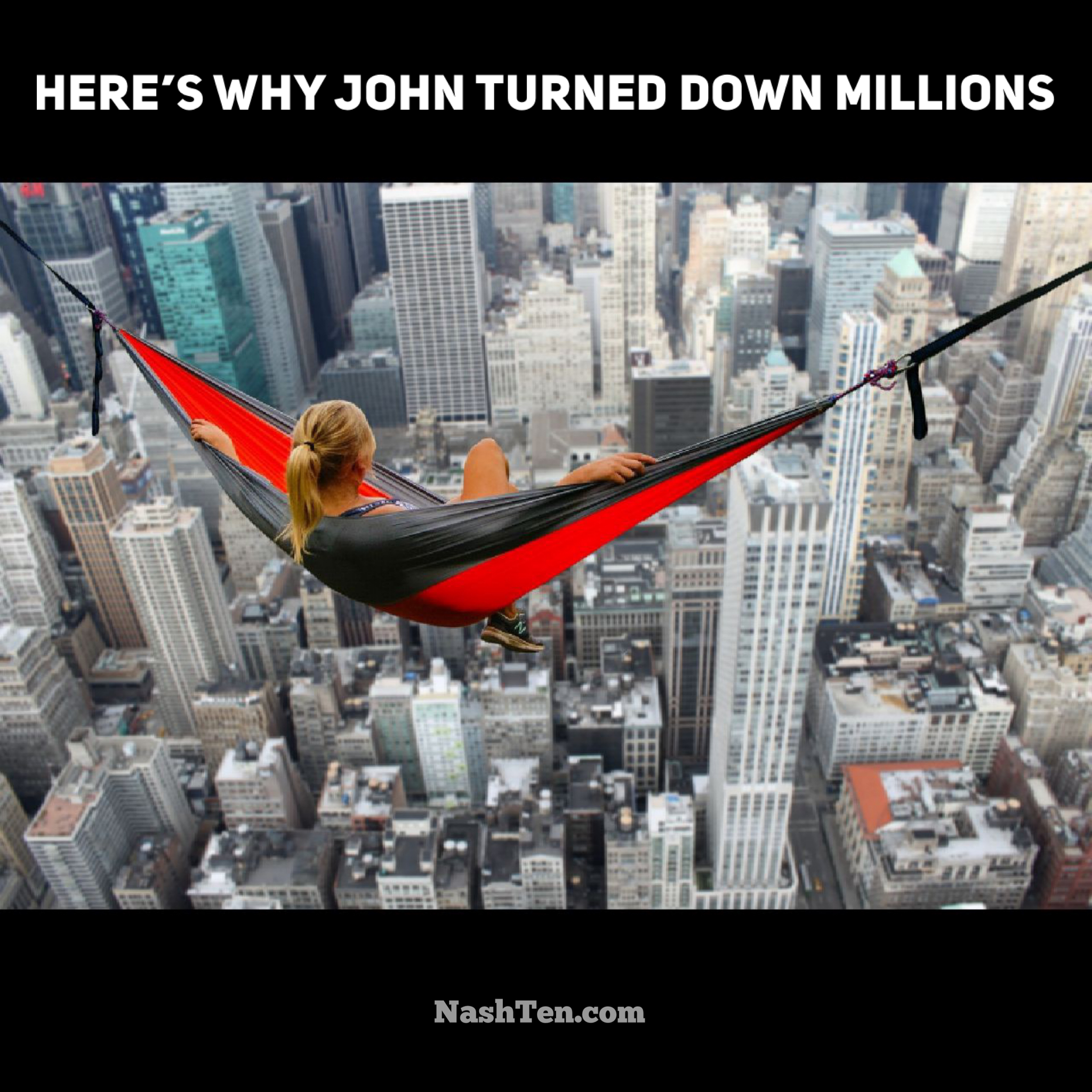 This is a story of Mission and Purpose in action.

John invented a proprietary air conditioning unit that keeps the equipment used in cell towers cool.  Even in the blazing heat of the desert.  He started a new company servicing communication companies across the United States.  One day he received a call from the largest mobile phone provider in the Middle East.

And they wanted to talk to him.

John thought this was his chance to propel his company into an international market leader.  But he was cautious and focused on his mission and purpose.

This large phone company soon made an offer that was out of this world they assumed John would jump on it without thinking twice.

It came with strings attached though.

They requested huge discounts on his equipment and exclusive use of the technology throughout the rest of the world. Things John may have overlooked if he was focused on the top line.

Having set his mission and purpose, he said no to the offer.

It wasn’t long before the other side responded in anger and renewed their demands.  They said he was foolish for not accepting their offer, but it did not make him mad.  John knew his product was the best on the market, was priced fairly and that his intellectual property rights were not for sale.  So he stuck to his guns.

Two weeks later he received a request for a meeting from the same group and they accepted his terms.

And the same type of thing happens in real estate every day.  People give you what looks like a great offer until you read the fine print.  Then you discover that the buyer wants to lock up your property for a month, while they try to sell their home.

Since it isn’t a buyer’s market and you are getting lots of showings, you politely turn down the offer.

Only to be told how foolish you are.

If you want to work with an agent who will keep you focused on your mission and purpose, then hit reply.

I am here to help you!