Here's a Quick Story so You Know I Can Help..

Chuck had lived in Nashville for a long time.  He moved from a small town in Middle Tennessee when he was in college.

The problem was that his family needed his help back at home.  He delayed moving back home because he really loved living in Nashville and was making the one hour commute a few times per week.

Soon Chuck grew tired of the long drive and decided to move back to his hometown.  He found the perfect home to purchase in his hometown.  However, Chuck was worried because the market was tough and he might not be able to move quickly.

Chuck gave me a call, and we quickly placed his home on the market and started our Premier Home Selling program immediately.

At this time, the real estate market was not good, we were in the season slow period and buyers were commonly presenting “low-ball” offers.  It was not uncommon for homes to linger on the market for up to a year before selling.

After a month on the market, Chuck and I sat down to go over all of the feedback from the showing agents and revised our plan.

With Christmas approaching quickly, Chuck decided to take his home off the market for the holidays and use that time to address some of the buyers concerns.

Like a great football coach at halftime, Chuck made adjustments to his game plan so he would be successful.

In January, we placed the home back on the market at a slightly higher price to counter the low offers.  Within a week, the home was under contract.

In February, Chuck sold his Nashville home and purchased a beautiful one in his hometown.  Chuck and his family were very happy that he was now able to help every day.

Do you want to be a winner?    Just Call 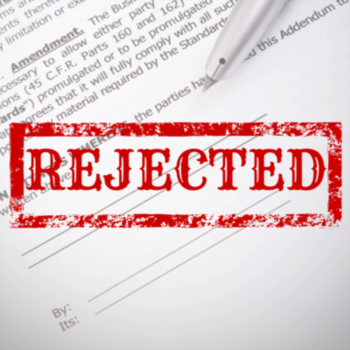 Was Your Best Offer Rejected?

Having an offer rejected by a home seller is frustrating.  If it is the home of your dreams, you feel heart broken. It can ... 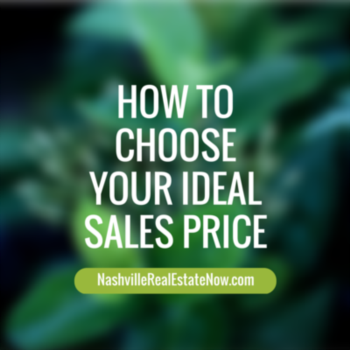 How to Choose Your Ideal Sales Price

Setting the list price for your home is not easy. You want to get top dollar for your home. You also want to sell quickly. ...

Read More
Posted by Steve Jolly on May 5, 2015
Blog Navigation