Goblins and Ghosts and The Bell Witch!

It is officially fall.  Our thoughts turn to apples and cinnamon, cider – hard or soft depending upon your preference and your age, and, of course, Halloween!  If you are the parent of small children  you start to work on costumes – princesses or demons – what will they be THIS year?  If you have older children you might be faced with whether they are old enough to go to their first haunted house, but be very careful and do your research or you might just be sleeping in a “family bed” for quite some time.  I have done some research for you and will list some of the most ghoulishly terrifying haunts, but first my attention is turned to Nashville’s most famous witch - The Bell Witch.  This haunting story reaches far across the country, making its way into the supernatural history of America.

John Bell and The Bell Witch

Legend has it that in the summer of 1817, members of the John Bell family (a prosperous family who had moved from North Carolina to a 320 acre farm in Robertson County along the Red River in 1804) started seeing strange looking animals, with the heads of rabbits and the bodies of dogs, or some such concoction, and hearing loud noises and knocking on the walls and doors of their home and, later, in their home.  This scary phenomenon was followed by sounds of rats gnawing on bed posts, chains rattling, stones being dropped on the floors and then gulping or choking sounds.  The terrified family kept the secret for a year, but when they could no longer handle this themselves, they invited a neighbor family to come spend a few days with them to experience the horror. More people were told and investigations made into the strange happenings and it was not long before people began making pilgrimages to the land to see for themselves.

One story goes that The Bell Witch was the spirit of Kate Batts, a mean old neighbor of John Bell, who believed that he had cheated her in a land deal, and, on her death bed, vowed to haunt him and his descendants.  Bell’s daughter, Betsy, was the most “haunted” family member – evidently Kate did not want her marrying a boy named Joshua Gardner.  The Witch’s main focus, though, was killing John Bell, a feat she finally accomplished by poisoning him on December 20, 1820.  Shortly after this, Betsy broke off her engagement to Joshua Gardner, most likely much to Kate’s delight.  It was at this time that Kate took her leave, promising to return in seven years.  She did just that for a few weeks in 1828, having long talks with John Bell, Jr about the past, present and future.  Her next visit was set for 1935, 107 years later.  Some think that she never left, due to the strange haunted events that continued to occur in and around the town of Adams, TN.

There are many other stories about “who” the Bell Witch was.  This one comes from the official web site of The Bell Witch.  You can research and decide for yourselves – or better yet – go and visit the Bell Witch Cave.  There are candlelight tours, hayrides, storytelling, psychic readings and tours of John Bell’s cabin located at 430 Keysburg Road in Adams, TN.

And now, as promised, here are a few haunted happenings to consider visiting this Halloween season that are closer to town:

Nashville Nightmare at Madison Square is ranked as one of the top 31 haunted houses in the nation by Haunted Attraction Magazine.  This is a “self-guided tour through an elaborate and very intense environment, full of dark passages and wandering monsters”.  WHEW!  Your tour will take you through the remains of Madison Mortuary, Antioch Asylum, Big Momma’s Meat Packing and Horror High at Madison Square School House.  I shiver just at the thought of returning to my old high school (not really, I just did this for my 40th reunionJ), but this school actually burned down in 1970, with fire destroying the lower level, trapping some faculty and students who did not escape.  There have been reports of strange voices and dark, lurking figures.  The address is 1016 Madison Square off of Gallatin Road.

Bloody Acres Haunted Woods is located at 318 Big Station Camp Blvd. in Gallatin, TN  37066.  This is a haunting in “real woods” with “real terror” and open every Friday, Saturday and Sunday from now till Halloween.  You might even encounter killer clowns!!  Everyone’s true nightmare!

Devil’s Dungeon is two floors of terror where you will encounter the dead and the un-dead!  Located in downtown Nashville at 510 Davidson Street, 37213.  This haunted house is billed as “Nashville’s most controversial and intense Halloween attraction – over 20,000 square feet of TERROR!”

Slaughter House is “the ultimate haunted house for those who don’t scare easily” and located at 3445 Lebanon Pike, Hermitage, TN  37076

Ghouls at Grassmere is open on Oct. 17 – 19 and 23 – 26.  Bring your kids in their costumes for trick or treating at The Zoo.  There will be games, hayrides, a dance party, animal shows and more.

On October 25th you can experience Hauntings at The Hermitage.  There will be a “family friendly” version from 4 - 7 with trick or treating, hayrides, historic crafts and games, live music, storytelling and mansion tours.  From 7 – 10 there is a PG after dark version for those 13 and older.

Gentry’s Farm is located at 1974 New Hwy 96, Franklin, TN  37064 and is open to the public through Oct. 26 where you can visit the pumpkin patch, wander through the 4 acre cornfield maze, take a hayride, walk the nature trail, play on the wooden tractor playground and ride the tire swings.

One of my favorite places to take my kids on Halloween night was to the historic Richland/West End neighborhood.   The homeowners go all out in decorating their homes and handing out tons of candy to our cities littlest goblins.

Wherever you spend your Halloween, please be careful and wear reflective clothing.  And to you drivers, slow down a bit and be on the lookout for trick or treaters.  Those of you who take advantage of this night as one to go out on the town, please remember to have a designated driver who is not drinking or hire one of Nashville’s finest cab drivers to take you home.  Safety first, always! 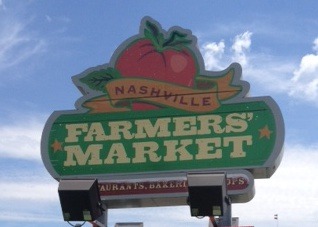 The Best Farmers and Farmer's Markets in Nashville 2014

The hot, humid days of mid-summer in Nashville are finally upon us, and with this, brings the best in our own Tennessee ... 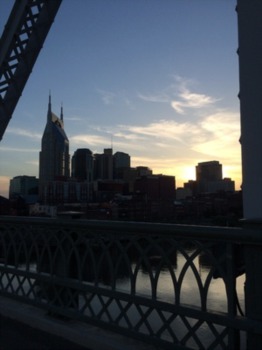 I am writing this on the summer solstice, the first day of summer, the longest daylight of the year and the shortest night. ...